Berlin Braves Baskets on a mission 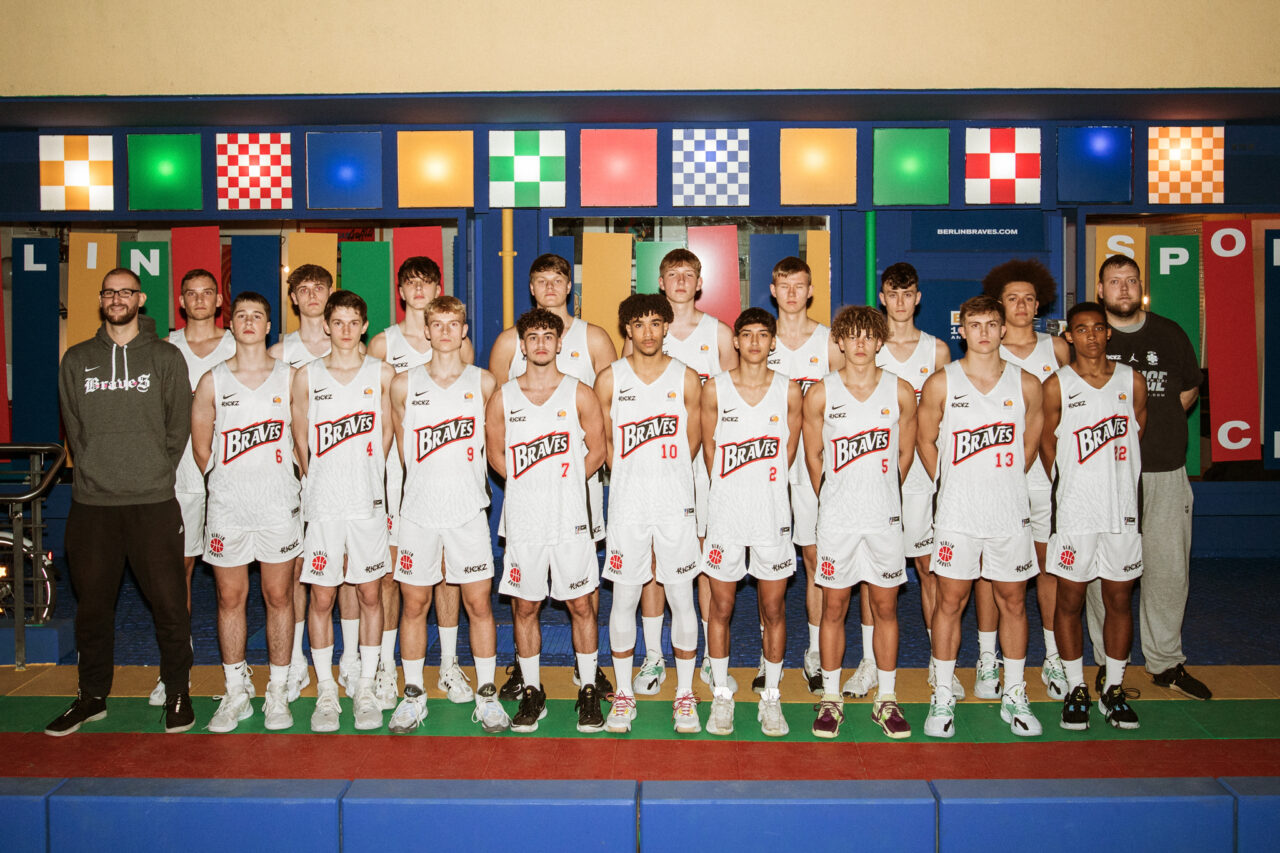 Berlin Braves Baskets start the new season with a large and ambitious squad.

The new NBBL season is about to tip-off. In one more week, the race to become the best team in Germany will officially begin and we’ll be there; our young bulls ready with a big appetite. The road to the TOP4 will go through a Northern Division group phase with a total of eight teams and 14 games. Then, the six best teams will qualify for the playoff rounds, and in the end, the two top teams of the North will participate in the TOP4 finals for a shot at The Chip. The German NBBL Championship.

Queue the theme music as we get underway

The Berlin Braves enter their second collaborative season with a much-renewed guard lineup and some more-familiar returning players at the wing and center positions, completing our roster. New, but not entirely new, is head coach: Joey Ney, in recent years a very valuable support for Arvid Thamm as his assistant coach. With Germany’s wide span of talent, Coach Joey believes we’ve got the cream of the crop and is very satisfied with the team roster that’s been assembled. Joey’s tenure with the now Berlin Braves Baskets organization started shortly after his playing career and has led him through 4 playoff seedings as part of the coaching staff of the NBBL team (formerly AB Baskets). His even longer history with the Berlin Braves family outside of coaching brings with it a shared understanding of community and a collective effort towards getting the job done, even behind the scenes.

During the summer break, we organized a tryout session and more than 100 players showed up with their sights set on joining the Berlin Braves Baskets NBBL squad. This proves that we are heading in the right direction with this partnership. The coaching staff faced challenges last year with the team running out of gas so deep into the season. This led to the decision to create an even deeper squad at the start of the 2022/23 season. Amongst them, is a truly motivated Paul Urban (17), coming off of his season at Alpharetta High School in Georgia (USA), who feels it’s very important to make a statement this season with strong and reliable guard play.

I believe consistent high level play at the Point Guard position is crucial for our success but even more so is everyone focusing on their specific role on the team. We give ourselves a good chance at reaching our goal when everyone is locked in and ready to level up.

Urban plans to lace up in his Nike adapts to style his ensemble featuring the new NBBL uniforms for this season. Running the break alongside him, Joel Mbappou (17). The lengthy wingman, hailing from the JBBL team of Friedenauer TSC, who’s helping our squad reach the number one spot. Joel has been part of Braves la famiglia since our #DoDaDirk Fadeaway Challenge in Summer 2019. For Joel, the Berlin Braves stands for Family, and his play on the court represents exactly that as a selfless team player. Joel’s go-to shoes are the Giannis 4’s this season but it’s a tough choice which jersey colourway he’ll enjoy rocking the most this year.

The newly formed team has been in preparation since the beginning of the school year, playing already a total of five exhibition games and one scrimmage. At the end of August, a test game was also played against the 1. Regio Men’s team of our Berlin Braves 2000, which for the boys was more or less the starting signal for the more intensive phase of preparation. Afterwards, they tested against the 2. Regio Men’s teams of our cooperation partners RSV Eintracht and TusLi, before they had further tests against the 2. Regio Men’s team Glienicke Starwings as well as the NBBL teams from Rostock (group B-League) and Jena (group A-League south).

“We have a lot of players with potential and a very good work ethic on the team, who should gain experience outside of the NBBL in the men’s field at different levels (ProB with RSV Eintracht, 1. Regio with Berlin Braves 2000, 2. Regio with TuS Lichterfelde and RSV Eintracht, Oberliga with DBV Charlottenburg) and so hopefully perform well together at the NBBL level. Our goal is to get deeper into the playoffs.

With playoff seeding as the standard, the first step will be taken next Sunday, 16th of October (tip-off at 13:30) at the freshly promoted UBC Münster. Coach Joey expects to start this year with a bang and set the tone for what will be a successful season. Point Guard, Emanuel Mpacko aka Manu (17) would agree.

We want to go further than last season. We’ve raised our standards. I understood the assignment clearly this Summer – to get better at all cost.

Training over the Summer with his older brother, Samuel Mpacko, and also with Coach ChaCha, has not only enhanced his understanding of the Point Guard game but also given him a noticeably physical transformation. Big man ting. His confidence in his one-on-one game against teammate Jermaine Fleck: “I’d win… and he knows that.” is something we’ll expect to see against our opponents.

So be in attendance at our first home game on the 23rd of October at 15:00 against last year’s playoffs opponent Bayer Giants Leverkusen at Eisenzahnstraße.

We welcome all of you to join and be a part of the NBBL Berlin Braves Baskets family. We’re looking forward to seeing and hearing you in the gym. We really value your support!